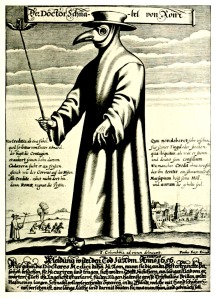 In 2007, rare evidence of a ‘vampire burial’ was discovered near Venice. A 16th century skeleton was found, lying on its back, with a brick firmly wedged between its jaws.

The skeleton was identified as that of a 60-year old woman who had died in the great plague of 1576; one of three that ravaged Venice and the same one that claimed the artist Titian.

Every lover of gothic horror experienced a frisson of delight. A real vampire had been found – or, at least, evidence of an ancient belief in the ‘nachtzehrer’ or Night Waster.

And yet, the real terror experienced by those who exorcised the corpse of this 16th century Venetian woman bore little resemblance to the synthetic fear associated with the vampire genre spawned by Bram Stoker’s Count Dracula.

Stoker’s creation was endowed with an aristocratic pedigree, impeccable taste, excellent dress sense and eccentric eating habits. He was at once attractive and repellent, refined and bestial.

Yet, in truth, the vampire is a creature of mixed heritage, a cultural hybrid.

Tales of the ‘nachtzehrer’ can be traced back to the 13th century and probably originated in Poland. By the 17th century, the belief had spread throughout Europe.

Largely thanks to Stoker, it became commingled with tales of a real man who was regarded both as a monster and a national hero.

In the 15th century, Prince Vlad III ruled Wallachia in what is now known as Romania. His father had belonged to the Order of the Dragon, a chivalric order set up to protect eastern Christians from the incursions of the fast-growing Ottoman Empire. The epithet ‘Dracul’, meaning dragon, passed from father to son.

Vlad III became a national hero for his attacks on the Ottomans. However, his method of dealing with his enemies also earned him the reputation for being a bloodthirsty sadist and he acquired the nickname Tepes or Impaler. The term is thought to have been coined originally by the Turks who encountered forests of Vlad’s victims impaled on stakes.

Stoker borrowed both Vlad III’s family name and his favoured method of execution. However, with a nice touch of irony, the stake was not destined to be the vampire’s weapon, but his nemesis.

So how does Venice’s vampire burial fit in with this extraordinary blend of fact and fiction?

The Venetian skeleton with its extraordinary ‘gob-stopper’ was discovered during the excavation of a plague pit on the island of Lazzaretto Nuovo.

Originally called Vigna Murada, the island was designated a ‘lazaret’ in the 15th century: that is, a place of quarantine where ships, travellers and goods were detained in order to try and prevent the Plague reaching Venice via its trade with the Orient.

Anyone diagnosed with the disease was transported to the nearby island of Lazaretto Vecchio for further isolation and treatment by plague doctors or ‘Medici della Peste’.

To protect themselves, these dedicated medics wore an early version of the modern ‘hazchem’ suit. Black gloves, black boots, a long black coat made of waxed cloth and a hat often shaped like a black halo. Most terrifying of all was the white face- mask with its bird-like beak stuffed with aromatic herbs to protect the wearer from contagion.

To terrified patients, the plague doctor was a portent of death; a sinister, black-robed figure of demonic aspect; an escort to the underworld.

The mask of the ‘Medico della Peste’ has since been immortalised by the Venetian Carnival and is a traditional feature in the repertoire of the City’s artisan mask-makers. Yet, even now, it has a chilling aspect.

The plague came to Venice as a scourge and has been blamed for the city’s eventual decline. Yet, ironically, it was also responsible for some of its most beautiful buildings. Divine intercession was sought and vows taken in return for deliverance. The result? The beautiful plague churches of Il Redentore and Santa Maria della Salute.

The loss of life from the epidemics was immense. Tens of thousands of plague victims were buried in mass graves. In 2006, a team of archaeologists began the immense task of excavating the plague cemetery on Lazaretto Nuovo. It was as a result of this work that the ‘vampire’ skeleton was found.

Science can now explain many of the theories surrounding the ‘undead’. During times of plague, old graves were re-opened to bury hundreds of new corpses. It was often noted that decaying cadavers appeared to have ‘eaten’ through their shrouds: the result of bacteria from the mouth decaying the cloth. The bloated corpses looked fat and well-fed and the juices being exuded as a result of decomposition made them look as if they were bleeding from the nose and mouth.

So, the myth of the shroud-eaters was born. They were believed to rise from their graves to infect the living, spreading deadly contagion. To stop them, their mouths were filled with soil or rubble; the theory being that they would be unable to chew and eventually starve.

This is mirrored in modern literature. The ‘contagion’ of vampirism is spread by the vampire’s bite while Stoker’s hero Van Helsing stuffs a vampire’s mouth with garlic in an attempt to stop it eating.

Archaeology has now laid the myths to rest. According to Matteo Borrini, Director of the Lazzaretto Nuovo excavation, old accounts of vampires inhabiting graves were actually descriptions of decomposing bodies – a process only observed when graves were re-opened in unusual circumstances such as plague epidemics.

So, if you hear something going ‘bump’ in the night at Halloween, take comfort. Whatever it is, it will not be a vampire.

For mythology and magical realism in a modern novel, see The Devil Dancers at: http://www.thedevildancers.com/