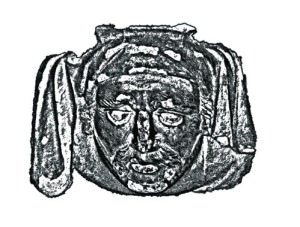 While not all the books on my top 10 Creepy Choices are ghost stories,  I think you’ll agree that they all deliver a certain frisson. For good measure, I’ve also added four films that never cease to get my heart racing, even though I know what will happen next (or, perhaps because I know!)

Having read quite a few of these stories while researching a recent workshop on writing the supernatural and sinister, I was surprised to spot several key themes common to both ancient and modern works such as Beowulf (7th century) and stories by Susan Hill and Henry James.

In fact, there are even links with the film Alien if you think about it.

What also occurred to me on a  re-reading is how cleverly Henry James plays with our perception of the truth in the Turn of the Screw. Interestingly, a friend confirmed what I thought about this story. On a first reading, you accept it  at face value. However, on a second, more critical reading, you begin to pick up on the many contradictions that James has deliberately planted in the text. No wonder that this work is still a subject of heated debate.

While Donna Tartt’s The Secret History may not seem an obvious choice, it’s the only one that caused me to wake up in the middle of the night in a cold sweat because I dreamed that I was one of the participants in the events described by the narrator. That’s really getting under the skin of a reader!

I’ve listed my top 10 spine-tinglers below (in no particular order) along with four films that always have the power to scare me, even though I know what’s coming.