Self-Publishing: what I learned from the gurus 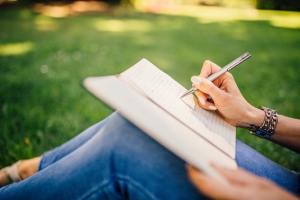 Some hints from the gurus

Self-publishing has come of age. According to one respected academic, it is now just another arm of the publishing industry.

This is one of the inspiring messages that I brought away from the recent Matador self-publishing conference.

In this third blog on the subject, I thought it would be of interest to list some of the comments and tips from two experts whose lectures I attended.

Professor Alison Baverstock of Kingston University, the academic referred to above, has a background in the traditional publishing industry and has taught and written about the subject for many years. Her research reveals some fascinating facts which challenge many of the old preconceptions about self-publishing.

One such is that self-publishing is for sub-standard, uneducated writers.

However, Professor Baverstock’s research debunks this supposition. She revealed that 32% of self-publishers interviewed by her had a degree while 44% had a higher degree. (See her blog for the Guardian for more on this subject)

The results of her survey also show that 65% of self-publishers are female.

While this is encouraging, I suspect that the high preponderance of female self-publishers may also highlight a darker side to the publishing industry: that is, a distinct gender-bias. This continuing inequality in the traditional literary and publishing industry is the topic of frequent research by the American-based organisation, VIDA: Women in Literary Arts

My suspicion is, that finding themselves largely excluded from a traditional publishing industry which seems to focus heavily on crime-writing and romantic fiction (traditional genres for female writers), many women with original ideas are turning to self-publishing.

The advantage of this is that female authors such as Kit Berry have begun to invent their own genres. Once successful, they have a route into traditional publishing houses and, because of their strong commercial position, are more likely to be able to dictate the terms of their contracts.

Helen Lewis, Director, Literally PR discussed the secrets of running a successful book launch. This is a tiger-trap for many debut authors (including me!) who are so keen to get their first book published that they forget to plan any form of advance PR. It’s simple, really. If you don’t tell anyone your book is out there, how will they find it?

Firstly, consider whether you really need a book launch. Launches cost money and this could be spent more usefully on a publicity campaign

Calculate the total cost. Factor in items such as: the cost of a venue, building your guest list, food and drink, goody bags, décor and entertainment.

If you decide on a book launch, set a date and allow at least 5 months to organise it. Work on your mailing lists and social media to create a buzz. Give journalist invitees 3 – 6 months advance notice of the launch.

Consider filming your launch (and the preparations for it) and posting clips on YouTube.

And for all those authors (most of us, I think) who get hung up about the subject of bookshop signings, here’s a pearl of wisdom. Don’t bother. Bookshops are not expert at creating publicity and the press are unlikely to attend.

Phew! That’s one less thing to worry about.